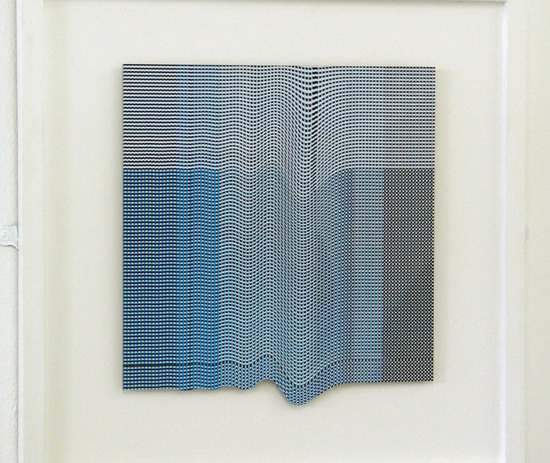 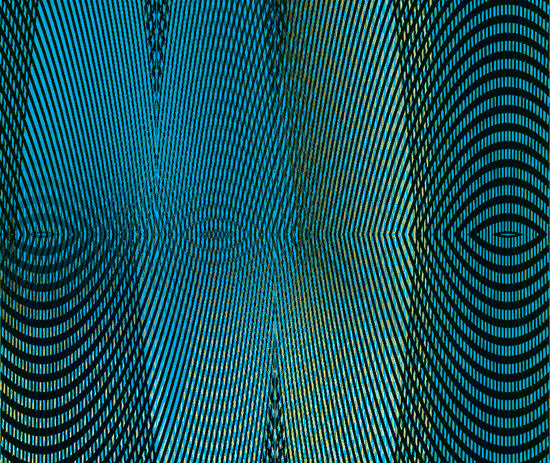 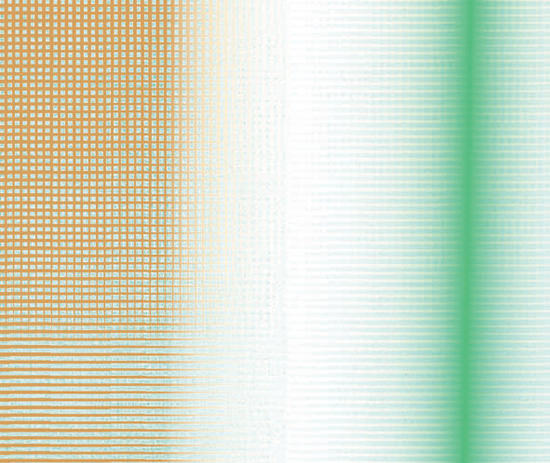 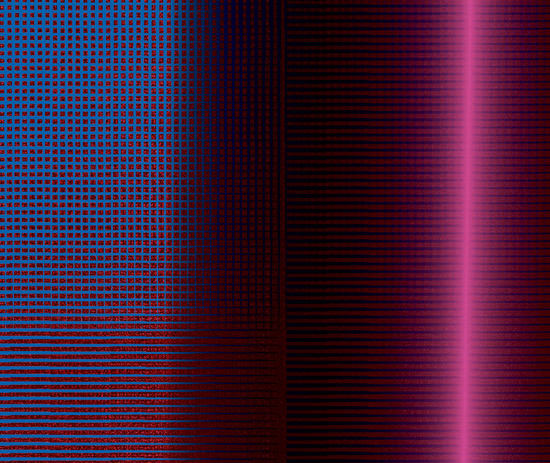 The Lightlines series of work was developed from digitally manipulating scanned images from my own personal archive of paintings and photographs. The content of the imagery takes its starting point from the investigative nature of the computer i.e. its ability to present the inner structure of an image, revealing by magnification a process which is usually unseen by the human eye. Infinity infers a space beyond human vision, suggestive of an outward action. Just as telescopes aid astronomers to look into outer space, computers conversely aid one to look into inner space. The very act of ‘looking in’ requires several clicks of a button; this process of magnification is what informs the work. The ‘infinity’ of my work is born out of a geometry of repetition. Each point of magnification reveals a stratification of infinite possibilities for abstracted colours and patterns. The internal illumination and pixelation of a digitised image leads to a visual aesthetic that deals with the fragmentation and varying intensities of light.